Why do people do work for others? 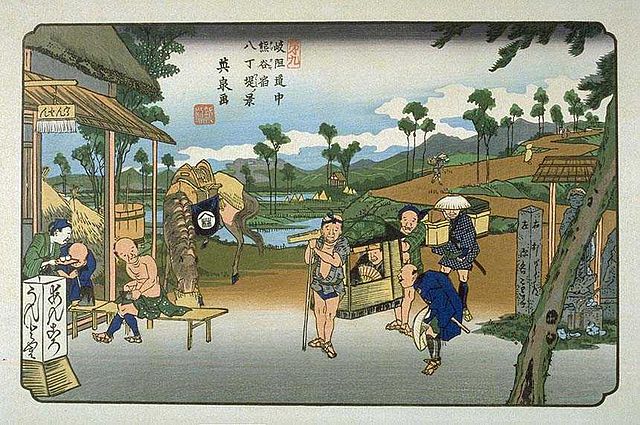 It may be stating the obvious but there are some concepts of our humanity that we hold dear only exist because we are social animals. Concepts like success, cooperation, ethics or reputation are expressions of our sociality. All sorts of factors seem to impact any type of interaction: commitments, goods in exchange, moral judgements, the meaning of objects, value assignment, social identity, social class, our sense of time and schedules, media of exchange, etc. These patterns of interaction can vary significantly by culture.

So how does a child or a foreigner to a group possibly learn the norms of a new culture? Immersion is one technique. Book learning of ‘what matters’ is another. The challenge is that this is still in the broad domain of possibilities of what to learn. What is success in one culture may not be so in another. Ethics in one form of society may heavily contradict another. Reputations may not easily carry forward from one field of knowledge to another, and expertise and mastery are relative to the skill level of people within your sphere of awareness. It would be easier if we could frame this in a smaller mental context.

According to Alan Fiske there is an easier way with only four fundamental archetypes that frame all these factors. Prof. Alan Fiske (Univ. California at Los Angeles) posed in 1991 that there are underlying fundamental reasons that tune most aspects of sociality across all cultures.

Fiske based his work on direct anthropological research and “from a synthesis of some of the ideas of the work of Max Weber, Jean Piaget, and Paul Ricoeur, and also builds on the theories of Marx, Tönnies, Durkheim, Lévi-Strauss, Karl Polanyi, Sahlins, and many others.”

I described his Four Archetypes of Sociality in a Forbes post some years ago but briefly here they are again. The primary idea behind these archetypes is the question: Why would someone in a social or societal group do something for another?

–       Authority Ranking (AR) – People have asymmetric relationships, so a superior can ask a subordinate to do work.

–       Communal Sharing (CS)  – Everyone in a known group as symmetric relationships and will do something for another without much question of compensation. It used to be common in families and some clans

–       Equality Matching (EM) – Tit-for-tat exchanges where someone will do work for another with the expectation of something in return. There can be a balance of ‘credit’ tracked by each person either in memory or in record

–       Market Pricing (MP) – An independent unit of value is used to measure work such as currency, and people expect to pay or receive the market price for it.

You can imagine how some of these plays across a concept like social class. Most class structures such as the Shinōkōshō caste system of Feudal Japan took Authority Ranking to the extremes – the Samurai caste at the top (including the Emperor, the Shogun, the Daimyo, and the Hatamoto), then Heimin (Farmers & Fishermen), then Chōnin (Craftsmen & Artisans), then the Shōnin (Merchants & Salesmen) and finally, the Burakumin untouchables (butchers, undertakers, executioners, and ninjas).

Fig 1. “Kisokaido08 Kumagai” by Keisai Eisen – The Sixty-Nine Stations of the Kisokaido. – A Daimyo (feudal lord) rides in a palanquin followed by his hatamoto samurai behind him, carried by Heimin, to stop at an inn for Chonin (farmers) and Shonin (merchants).  (Licensed under Public Domain via Wikimedia Commons.)

Even though they measured the value of objects to market prices–the Shakkanhō system of gold and metal currencies–class structure further defined if you could have some items. Reputation likewise was measured within the castes after they determined the caste. A merchant could be rich, but a low-ranked farmer still had a higher social reputation.

Modern Japan (and generally most democracies) shies away from class structures and defers to wealth and achievement as reputation. The old systems of honor still exist, embedded into the culture. Modern management innovations, relatively speaking, like Toyota’s Production System include facets to overcome old cultural habits of social caste and Authority Ranking. Jidoka in TPS incorporates the idea to allow even low level workers to stop the production if they see quality problems, even without consent of their manager, their superior.

These archetypes of sociality can all exist simultaneously within any group or society, although some seem at odds with the others (AR and EM). It simply depends on context. I might see Authority of a manager, but also EM of a peer, even though we all exist in the same overall team. Thus, the same population and same person can use multiple forms depending on context of with whom they interact.

Networks in our modern world

Harold Jarche recently shared the TIMN (Tribes-Institutions-Markets-Networks) framework from David Ronfeldt, which suggests that society has been evolving from the past from Tribes to Networks. I’m not sure that we really evolve in that spectrum. We did not, for example, evolve completely away from a tribal world of communal sharing into economic market models.

While Feudal Japan castes no longer exists — in some cases have overturned model entirely where merchants are at the top now — many of its cultural norms and habits still exist in modern Japan. The Internet has led to the creation of many new tribes of like mind; virtual institutions and organisations; e-markets with only inventory listings and no inventory; and certainly networks of all sizes. In fact, there are so many of each of them overlapping our lives, we aren’t entirely sure how to behave.

I think Fiske’s focus is relevant. If you understand why people do things for each other, you can understand the nature of the group they are in. I also think that all these types of groups still exist simultaneously and will continue to do so even in the future of work. Some may be more prevalent than others. (Here at EthosVO, we certainly hope the network model is the winner.)

So my question based on these four fundamental forms, is:

Why do people do work for each other in a network?

Members of a network do not report in a hierarchy, and hence do not use ranks in such a way. They are more than an anonymous market where sellers and buyers do not know or interact each other beyond a price. Are they communal? Are they looking for equal exchange?

[To be continued in Part 2]