Notes From A Big Tent 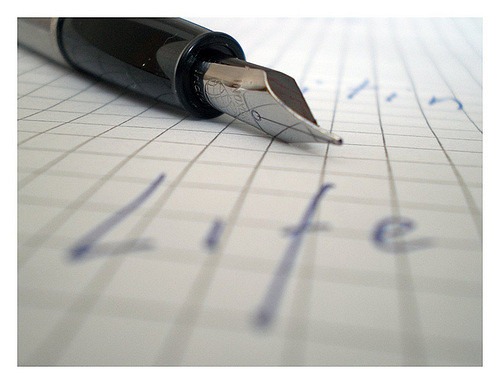 Following my previous blog post, as promised here are my notes from the recent ‘The Future of Work is Human Big Tent’ event.

Making a wish was a thread through this event, before and during. A few days before the event, we were invited to ‘make a wish’ to be displayed on our lanyards. I wish that… we would all be a little kinder to one another, that was my choice. On arrival there was a wish wall, to which I added ‘I wish I didn’t feel so nervous right now’. The event was in two parts. The first was titled ‘How can/will the future of work be human?  What condition are we in?’ and the second section was called ‘How can we accelerate, support and develop a more human future of work? What is our theory of change?’

Robert kicked off the event by reading out some wishes from 10 year old kids:

‘I wish I felt less pressure’
‘I wish we were each given five pounds, and split into groups to try and make more money’
‘I wish for less demerits, and to hear everyone’s side of the story’
‘I wish they’d teach us skills that will be useful when we’re older’

Round One : How can/will the future of work be human?  What condition are we in?

Adrian spoke about difference as he has experienced it, through making programmes for television including one about religion, and another exploring why people from his home town in the West Midlands chose to vote leave in the EU referendum. His learning seemed to be mostly about difference, and observing that people feel angry and not listened to. ‘We simply don’t talk to one another enough’ is his suggestion. I agree – and I also agreed with his observation about the need for more diversity in the room. Adrian put forward a view that our willingness to seek and listen to different opinions diminishes with age. He had no data to back this up and I don’t agree with him, it feels over simplified and stereotypical. I meet as many young people set in their ways as I do older ones who are open to different possibilities, and vice versa.

Veronica spoke about power. ‘With the privilege of power and the privilege of choice, comes the duty of responsibility’. She referenced the EU referendum as an example of ’the powerless having power’ and suggested that if we are feeling post Brexit discomfort, get used to it, that’s how most people feel most of the time. Veronica also spoke about a need to focus less on leadership skills, and more on behaviours.

Lynda spoke about how things need to change as we live longer. Lynda used three fictional people as models to illustrate the need to work longer/later in life to retire on a ‘reasonable income’. Apparently, 20 something year old Jane will work into her late 70s to achieve this. Lynda also observed (her opinion only, LG at pains to point out no further data to support) that ageism is now worse than sexism. I would have loved to hear from a real Jane, to counter and/or support the academic notion.

Luke spoke about the need to appreciate and truly integrate self employment and start ups into the wider mix of business. We currently rely too heavily on government and big business, that’s not where the work/jobs will come from in future. ‘Jobs are a by product of entrepreneurial mission’.

Amanda spoke about the human responsibility of business. She argued for a greater focus on the ‘now’ of work (yes please, too much focus on the future of work is an abdication of our responsibility to make now better first), and an acknowledgement of the stress folks are under, and the need to reduce that.

We were invited to chew this stuff over at our tables. Tables had been themed, and I chose to sit at the ‘equality’ table. As I took my seat, (I was the only man at the table at the point) someone remarked ‘you’re brave’. I chose to sit at the table because I felt curious, and the injustice of inequality bothers me, a lot. I didn’t take a seat because I felt brave – otherwise I might have sat at the bravery table (sadly, there wasn’t one). Here’s what I scribbled from the conversation:

We often position change as a loss, maybe of status, or privilege, is there a better way?
Less talk, more action.
Speak truth to power (love this and it’s one of those things, like busyness, which we know needs addressing, and which few seem willing to actively change).
Need to feel more solidarity within organisations, less about politics, more about common interest, mutual support.
There should be more women of colour in senior management positions.

Round Two : How can we accelerate, support and develop a more human future of work? What is our theory of change?

Tristram was here to talk about education, and the need for a systems by-pass. My gut reaction was – the last thing we need is a politician speaking to us (or anyone else for that matter) about education. He suggested we should ban GCSEs by 2025, and we should set up a non partisan group to achieve this. With that insight bomb dropped, he departed. I experienced his mercifully brief talk as typical politicking, all rah rah, no substance.

Anthony from the RSA spoke about the need for universal basic income. Solidarity (there’s that word again) declines, insecurity increases. Self employment on the rise, predicts number of self employed will overtake number employed in government within five years. Self employed often low paid, high stress. The system sanctions job seekers all the time, yet hardly touches tax evaders – where does the political will point to? Doing good work matters, universal basic income gives people some control and choice. We need to have the courage to make big social change.

Jan spoke about discrimination and of needing to be yourself at work. Jan had just returned room a visit to Singapore where, as a lesbian, she felt uneasy. Lesbian, gay, bisexual, and transgender (LGBT) persons in Singapore lack many of the legal rights of non-LGBT residents. Same-sex relationships are not recognised under the law, and adoption of children by same-sex couples is illegal. Male same-sex sexual activity is illegal, though the law is generally not enforced. Poverty, education, prejudice, discrimination, all preventing people reaching their potential. This harms our ability to innovate. We hire in our own image – this has to stop. 62% of LGBT graduates go back into the closet in their first job. Changing the law is insufficient, we need to change attitudes too. In support of Jan’s comments, I recommend watching this excellent talk by Toby Mildon.

Ian spoke about executive pay, and the need to reform it. I owe Ian an apology because by now, I was done with being talked at and I paid very little attention to what he said, which is a shame because this is an important subject. Average CEO pay has grown from being 64 times that of the average wage in 1999, to 145 times greater in 2009. At current rates, the gap will grow to a multiple of 214 times average salary by 2020 (source: Daily Telegraph). How much is enough?

At our tables, we spoke about some of what we’d heard (I’d moved from the equality table to the joy table, to hear more different voices), and as I mentioned in my previous post – the abstraction, and the size of the challenge, left me frazzled. We grounded ourselves at this table by telling stories of the small things we are doing to make change.

The last note on my page reads ‘confidence to change, permission to act’. I recall someone asking for a list of actions before we disbanded, which was a fair ask, and something I’d heard from others through the morning. My action? I chose to act by joining The Women’s Equality Party as an affiliate member. I love what the party stands for, I love that it wants to disband itself as soon as it is no longer needed, and I love that I can join even though I’m currently a member of another political party. I’m confident my membership will help raise my awareness of equality, and give me the confidence to affect and influence more change. I look forward to learning what action others are taking too.

An interesting morning, albeit quite abstract at times, and too cosy, and too much being talked at. I’m keen to see what comes next, and if the project continues to look interesting, maybe I’ll tag along in future. Whether I do or not, for the success of the project, the issue of diversity of thought within the group needs to be addressed. I’m yet to be convinced that the establishment are best placed to challenge the establishment.

Footnote. Interested in learning more? There is a website for this project, and after the event, a ‘call to arms’ was posted. I’ve added my action to the call, as have one or two others. I hope more will follow.