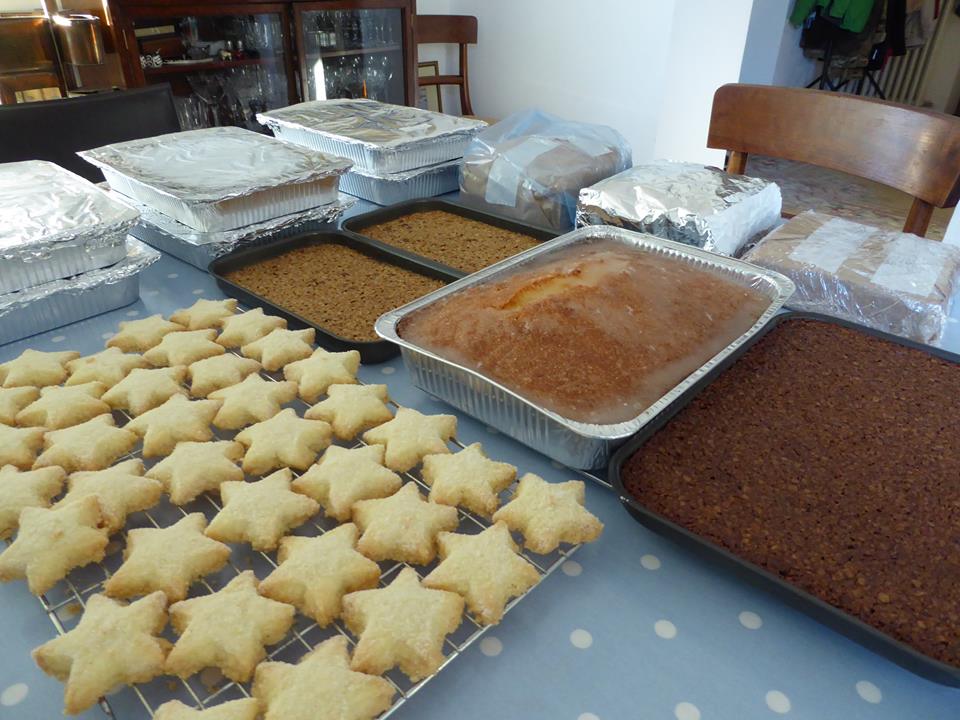 The Army Alpine Championships are held each year in Serre Chevalier in France, over 100 brave soldiers throw themselves down the mountain in a series of races culminating in the blue ribbon Downhill event. It’s hard to appreciate when you are watching them cross the line at over 130kph that some of them only started skiing last season!

Such an exciting event is hugely popular with Team Army‘s sponsors who visit the Championships to see first-hand how their sponsorship is helping soldiers to be the best. This is my fifth year on the protocol team which hosts the sponsors and VIPs who attend each year. With over 70 guest rotating through the ten day period it is a fast paced and well organised machine which ensures that our sponsors get the maximum benefit from attending the event.

The first year I attended I volunteered to bring along a few cakes for the ‘home team’ for our daily meetings and this was enthusiastically accepted. At the post-event wash-up I asked if it might be possible to create a post-ski tea for the visitors as there was a large gap in the schedule at tea time when most would be in their own room

s having a cup of tea before heading down to dinner around 7pm. We agreed that a trial run would be done the following year to see how popular it was.

The next year I delivered my first batch of cakes to Aldershot to go out on the transport to the Championships. The tea and cakes were a huge hit and most visitors attended every afternoon as it was not only a great way to end the day on the piste but also a very useful networking session.

And so five years on I have to allow time for two days in the kitchen before departing for the Championships – good job I like baking!