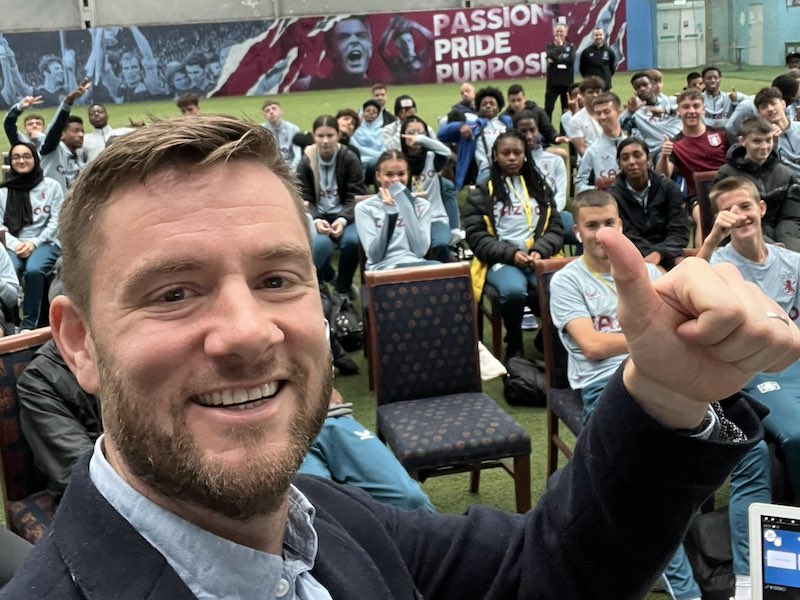 My name is Matt. I am a media lawyer by trade and have worked for a number of years with people and businesses in the public eye and particularly in sport, and even more particularly, in football. I have developed a passion for dealing with online harms and supporting clients on the mental health trauma that comes from media and social media attacks. Most specifically, the evil of intimate image abuse and misogynistic abuse and attacks on women in the public eye has been a significant feature for me in recent years. I am also an advocate for continuing growth and learning for athletes and host a podcast called Football Journeys with my colleagues (two football players by trade, Fraser Franks and Leigh Nicol) which gives a platform for people with different roles and identity in the game to discuss their experiences and their lessons learned.

Our lives are lived online. We hold devices which are designed to be addictive and which we are wholly dependent on and that is why we are in the midst of a mental health epidemic. Many of the individuals I act for are public figures with significant budgets but, conversely, I support young people, people with a public profile but no finances to support expensive legal advice and I am also passionate about education. We go into football clubs, schools and other institutions to talk about safe behaviours online, the danger of the “porn culture” that has developed online and emphasise a clear message that we must all be risk averse, respectful and defensive online. If I can make a difference to help a young (or even older!) person to avoid naïve mistakes online or, indeed, help pull a victim out of a desperate hole where their most private moments have been posted online or they are suffering the outrageous slings and arrows of the internet, then that is my purpose served.

Our whole purpose is to positively influence online cultures. We can make a big impact at the individual Premier League football clubs and other clients we work with but we also feel able to positively impact attitudes with our own social media. Both Fraser and Leigh have large followings on Twitter and Instagram, with verified accounts, and we have a big reach. We are a creative business and with, not only our podcast, but also video and other creative social media output we have been able to positively influence many of the people that come into contact with us.

How I feel privileged to do what I do

Working on the cutting edge of this developing online world is a privilege in itself but what is the biggest privilege in my job are the people I am surrounded with. Not only the good and talented clients I work with but my colleagues Fraser and Leigh and others, such as former Premier League manager Brian McDermott. Leigh is one of the victims of intimate image abuse I mentioned but she is so much more than that. She bravely spoke out about her ordeal and selflessly helps and supports victims and seeks to change opinions and culture by telling her story. Seeing her talk to a room full of established Premier League footballers, and then seeing them burst into a spontaneous round of applause, was a moment of pure pride for me. Fraser had only ever been a footballer from the age of 9 but, at the age of 28, he was diagnosed with a heart condition and told his career was over. He struggled, as anyone would, and used alcohol as a negative escape. He has since become an ambassador at Alcohol Change UK (having stopped drinking) and he campaigns and educates on their behalf and has become a confident and articulate businessman just 3 years after football was taken from him. Alongside those two brilliant young people we work with Brian as a Senior Consultant, a man who has stood alongside Sir Alex Ferguson and Arsène Wenger on Premier League touchlines but now speaks with humility and honesty about his own mental health struggles and, what we all suffer from, imposter syndrome. I am truly privileged to do what I do.
See my profile
More info about my project