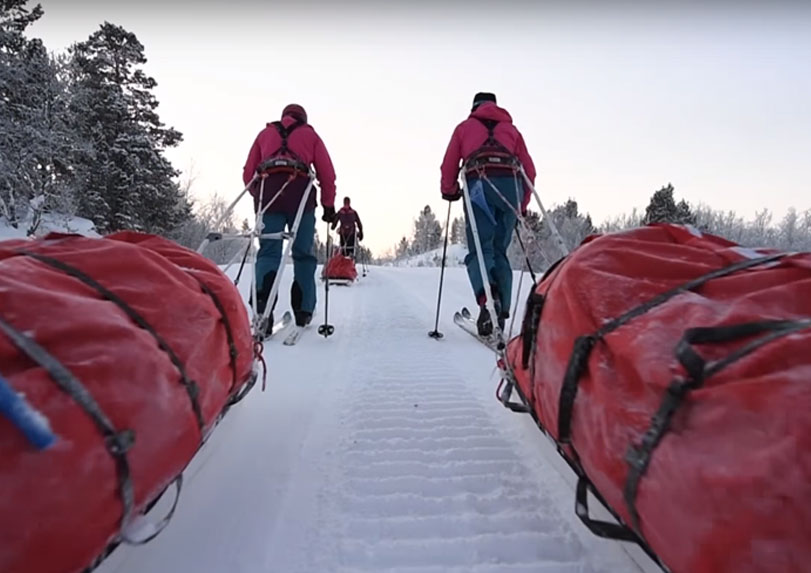 The extraordinary Ice Maiden adventure, in which five British women will attempt to become the first all-female team to ski coast-to-coast across Antarctica, has been made possible with the support of Team Army, an Ethos initiative that raises funds to support Forces sport.

The Ice Maiden team, who are all serving in the British Army or Army Reserve, will set off in November this year to cover 1,700km using muscle-power alone, dragging their supplies and battling temperatures of -50°C and wind speeds of over 60mph during their three-month journey. Unsupported, and with only two resupply points along the route, they will carry all the supplies and equipment needed to survive. Weather permitting, it should take 75 days to complete.

No team of women in the world has attempted this Antarctic challenge before and this is the first expedition of this kind directly supported by Team Army. Team Army was set up in 2011 as an umbrella organisation to bring together what used to be disparate fund-raising ventures for Forces sports. Team Army (and its sister organisation Team Ethos, which helps fund sport in the other Services) mounts fund-raising events and attracts sponsorship from organisations who wish to support our servicemen and women. The funding makes sports more accessible to service personnel by reducing the cost of participation.

‘Sport helps us maintain our winning edge on and off the field. Team Army plays an important role in helping our soldiers to be the best,’ says General Sir Nicholas Carter, Chief of the General Staff. Team Army/Team Ethos also widen the opportunities for injured troops to take part in competitive sport. Since 2011, Team Army/Team Ethos has raised over £4m for nearly 80 Service sports associations, many of whom have never before enjoyed private sector funding.