Leading People In A Disrupted World 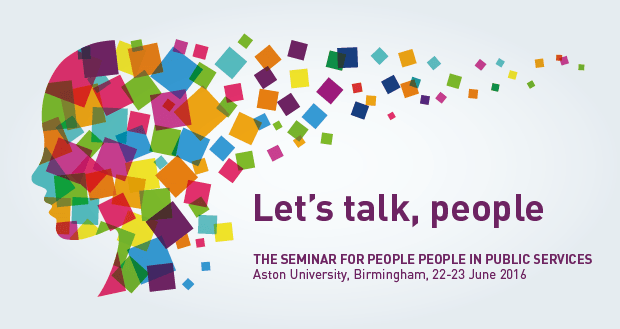 This blog post is based around a talk titled ‘Leading People In A Disrupted World’, given by Lucy Adams at the PPMA summit in Birmingham, on June 23rd 2016.

Lucy Adams used to be HR Director at The BBC, then this happened. In her post BBC world, Lucy Adams refers to herself as ‘a recovering HR Director’, and she is with us today to give her talk about leading people in a disrupted world – which begins looking through the lens of the BBC, something everyone in the audience is very familiar with, and I expect many are affectionate towards.

Disruption : Setting The Scene : The BBC

Technology : Then, four channels. Now, too many to count.

Divisions : The BBC working as tribes, all fiercely proud of their own domain, and all hate each other.

Competition : Then, precious little. Now, Amazon Prime just one example which no one would have predicted, even just a few years ago.

Structural change : Then, London. Now, closing buildings, introducing hot desks, moving big chunks of the BBC north, from London to Salford, as a physical statement, recognising the need to be less London, more UK. Among the complaints and resistance, Lucy Adams recalls one email stating, ‘I can’t possibly move to Salford, I’m a vegetarian!’

Scrutiny : Then, not much. Now, public, political and media. The BBC went from its highest ever approval ratings immediately post London 2012, to its lowest, in the aftermath of the Jimmy Savile scandal.

That’s a lot of change, and Lucy Adams believes that HR is needed for organisations to cope, to survive, yet she tells us that 42% of executives say HR is not up to the job.

The need to see employees as adults, consumers, humans.

HR feels a need to interfere, to sustain a relationship akin to parent/child. There’s low trust (should that be no trust?). For example – why does HR feel a need to log annual leave? Why can’t we trust that everyone can manage something like this independently, and deal with the odd anomaly – rather than set up a system which assumes people can’t be trusted, need to be managed? Working this way creates child like responses in people – and we are surprised?

Customer Insight – a level of data HR would kill for.

Segmentation – market, customer, employee. These businesses understand the different archetypes, and yes, having ’12 different customer types’ may be too simple at times – but we deal with the anomalies as anomalies, rather than over engineer everything to cope with the ‘just in case’.

User-centred design – co-created, not designed in isolation then enforced. Staff surveys came in for a real pounding at this point. In summary, Lucy Adams sees them as telling us stuff we already know, in order that we can do nothing about it.

Our processes and our leadership should be with humans in mind. Humans which have needs and wants, which we currently don’t meet, by design. For example, an annual performance review measures you as an individual, yet almost no one works alone. The whole process starts from a completely disconnected place – why do we expect it to be useful? ‘Can I give you some feedback’ evokes a similar fearful response to the sensation of being stalked at night by someone wearing a hoodie.

Leadership was framed simply as:

Engagement : The ability to help someone to do their best work

When you write – write as yourself. Encourage people to be ok with ‘I don’t know, what do you think?’ and ‘Let’s give it a try, we’ll learn something’.

I enjoyed Lucy’s talk. Starting the story from a place where many of us feel familiarity and affection, worked well. The talk has clearly been well crafted and practiced, I found it useful.

After the talk – Meg and I facilitated another of our Reflect and Connect sessions. Lucy’s talk sparked some interesting conversation, and the people who showed up for the session seemed to enjoy unpacking a few thoughts, snippets of which are shared here.

Putting a process around a conversation is inhibiting, would you talk like that to a client? Following a process is not very satisfying, creates them and us. Can we build our work on respect, behaviours, and an expectation that we trust you to get it right?

Why does compassionate leave need a policy. We’re all different – the emphasis should be on ‘compassionate’. Operate in the grey areas, the soft edges. Tribunals frame things around a ‘range of reasonable responses’, could we do that – in lieu of policy?

Promotion – often done to retain good technical skills, without regard for the person having management and leadership skills, which we are often constrained/reluctant to invest in.

Worth seeking clarity and quality. HR as a facilitator, an enabler, not a dictator. Where can we encourage opting in and out, over mandatory?