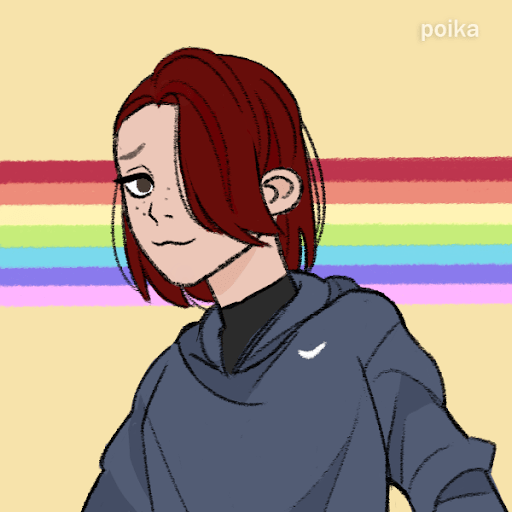 Illustration of Cal Ewings by Poika on Picrew

It’s Pride Month. The one month every year when it’s seen as ‘ok’ to exist to many in the corporate world. I’m Cal, non-binary and pansexual.

Honestly I’m a bit late to my own party, it took me 25 years to muster the courage to finally admit that I wasn’t ok with pretending to be someone I wasn’t. Pretending that I liked being called handsome or being judged as a man.

After taking that step however, it took me longer still to feel comfortable in coming out in my work life, as the corporate world exacerbates a lot of the hostility towards LGBTQ+ individuals such as myself. I am comfortable with who I am now at Ethos and being open about my identity, but I did apply under my deadname (pre-transition name) and didn’t correct anyone who called me he/him or anything analogous to that. And this was no fault of anyone at Ethos, but my fear of not being accepted. Job applications can be extremely stressful for me, as my voice and appearance are, to my own dysphoria, very masculine presenting. Assumptions are made before I have the chance to introduce myself properly. So few companies have the option to provide pronouns before interviews or during the application process, and when they do sometimes the only choices are ‘male’ and ‘female’. I find it very difficult to feel comfortable in the corporate world when I only seem to exist for one month.

When I did finally come out at Ethos about my gender identity they were all apologetic and accepting and moved so quickly to change all my account information etc to mirror my identity, and I had to keep apologising for them apologising because it wasn’t their fault. Because honestly it feels like they are the exception rather than the rule. I’d like to think that this is changing, improving for the better, but gender is still such a politicised issue when it should just be a basic human right. You’ll forgive us if the one month of validity of existence and lip service starts to feel trite and hollow. Pride should be a celebration of individuality and identity, not a chance for appeasement for the 11 months when we cease to exist.

After my coming out at Ethos, Sarah Fay, the lovely person in charge of our people team subsequently made a variety of changes to the way things are done in Ethos to make it a better place for LGBTQ+ folk to present their identities. Little things like being able to put pronouns on Slack and Google accounts, on application forms etc. But these changes, although they seem small, mean the world. So many companies could improve their inclusivity by making it easy for LGBTQ+ folk by doing small things like having everyone display their pronouns.

When discussions were brought up in Ethos about rebranding for Pride, I was glad to see that people saw it as an impetus to try and build long lasting relationships with LGBTQ+ charities and non-profits rather than just a chance to boost PR. But again this is the exception, not the rule. Because for the most part, the rule only cares about its bottom line and not the people. 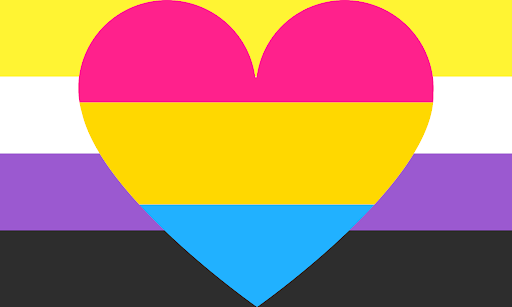 Flag by Pride-Flags on DeviantArt