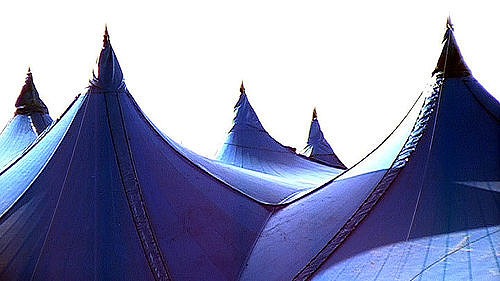 When thinking about change, how do you enable greater diversity in your processes?

Along with several other Ethos partners, I recently attended the Future of Work is Human Big Tent. There were lots of interesting, necessary and at times fascinating subjects on the agenda.

I scribbled a lot of notes which I’ll write up and share soon.

The tent (it wasn’t a real tent, we were at Central Hall Westminster) was indeed big, and I felt it had a very narrow door through which we passed.

I heard some good stuff, and would have preferred a more involving, inclusive, action orientated approach, with less reliance on the sage on the stage, which was loaded with white privilege*. I’m not saying the views from speakers weren’t valid, they often were, and I think a richer picture would have been painted with a more diverse approach. If the shock I experience since Brexit has taught me anything, it’s that I frequently exist in a bubble, and I need to diversify where and how and from whom I seek understanding.

During the event, there was an acknowledgment of how we hire in our own image, and general agreement of that being a limiting and often flawed concept, yet the audience seemed to have been recruited in that way. There is a risk this will lead to a lack of diversity in thinking, the success of this work requires a shake up in how people are engaged with it.

At times, the discussion felt quite abstract, quite overwhelming. I developed a headache towards the end of the morning which I managed to ease through a bit of doodling, then someone at our table called out the abstract nature of the discussion, and suggested we tell stories of small things we’re already doing to make change. Stories of togetherness, trying something new, dog walking, art, and parties all followed. That lovely, useful, and simple idea brought the conversation back to a more applied level, and I felt it beginning to galvanise us at the table. Coincidentally, and in support of this, Johnnie Moore shared thoughts from a book by Shawn Achor called The Happiness Advantage on Facebook later:

“Goals that are too big paralyze you. They literally shut off your brain, says Achor. Here’s what happens to your brain when faced with a daunting goal or project:

I’m grateful for the invitation and pleased I went. An interesting morning indeed.

*Someone had the courage to call this out part way through the event. I don’t know his name, but thank you, whoever you are.