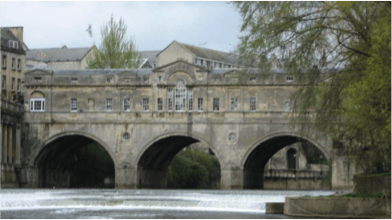 “In this world of change, naught which comes stays and naught which goes is lost” Anne-
Sophie Swetchine ~ Russian hostess
To make change stick you need certain things in place and also, you learn better if you do more of your own thinking.…

The family visited the Roman baths in Bath recently, learning about the Romans in Britain. I never realised that Julius Caesar’s army came and left, the Romans not returning for 100 years. Were they hoping the weather might change?

I also didn’t realise how abrupt their departure was after they did settle. They took over the country for four hundred years, and then they left. After a while, it was like they had never been. That may be a simplistic view, but all of their brilliant engineering, sewers, water supplies, buildings and roads (even if the route was there), that brought major benefit to the country rotted away or were destroyed. How could that happen?

I wondered if the Romans could settle and rule a country for 400 years and leave almost no trace of their settlement, how difficult must it be to cement change in organisations, even if it is for the good of the company?

There’s a temptation here to reach for the textbooks and see what Kotter and other change gurus would say. But let’s try some thinking first, consider what might have been needed to make the Roman way of life stick and see what conclusions we can draw for ourselves about change.

If we take those four characteristics, what might we deduce about cementing change? My deductions are that you need to ensure:

I went back to my Kotter textbook [John P Kotter; Leading Change], which is a good read. His formula for cementing change is, in my words:

Take a look back at my “So” paragraph and compare and contrast those thoughts with Kotter’s. What’s your view? I know I have learned more from doing a bit of my own thinking first.

Enjoy life and if you can, visit Bath.